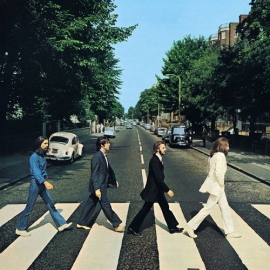 They call it the difficult second album syndrome. When you create a piece of work so critically acclaimed and loved, how can you possibly hope to better it? I’m talking about returning to the scene of your greatest triumph. Like the Duke of Wellington returning to Waterloo, Nelson Mandela peacefully terminating the apartheid regime or The Beatles returning to Abbey Road. Now I must return to the place where I ordered a Diet Coke.

Having achieved minor celebrity status, and in desperate need of cropping the thicket that sat atop my bonce, I felt it time for the prodigal son to return.

I entered the realm of beautiful people, once again sticking out like a swollen sore thumb, and announced my arrival emphatically to the young lady at reception. I was escorted to my mirrored throne and plumped myself down and awaited Chelsea’s arrival. I had to bide my time and due to my uncomfortable nature, couldn’t just sit staring at myself in the mirror, I had to keep my eyes busy. It was at this my eyes point fell upon the GHD display behind me, however as a mirrored image, noticed that their logo starkly resembles the letters “BNP” once the vertical length of the ‘h’ is reduced.

Before conspiracy theories could start raging in the recesses of my cranium, Chelsea arrived and asked what I’d like done today. Now I knew I couldn’t say win the lottery or be casted in a movie with Jackie Chan, so I kept to the script of “keeping my hair long, whilst losing the weight and shaping it up”. Don’t say I don’t learn from my experiences, I know what to say in these situations, that’s just how I roll.

Next up was the washing of my hair, which if you read The Diet Coke Shame, was more akin to an interrogation method at Guantanamo. I think they must have read my blog, as the following experience played out like a head massage from the hands of a hair-washing saint. The only problem that confronted was to not go “ahhhhhhhhh” and lose my illusion of calm and collected.

On returning to my throne, I was asked if I wanted a drink. The moment of truth! I thought about it for a second and confidently requested a can of full fat Coca Cola, to which I was told they didn’t have Coke in any form. Problem averted regardless. I was brought a bottle of water as my hair started to get scythed from my head.

Maybe Chelsea had read my blog and took some lessons because she wasn’t in an overly talkative mood, which suited me down to the ground. A ground now covered in copious amounts of hair. At this point my hair was still wet and I have so far managed to avoid the mad twitches normally brought by the scissors snipping away in close proximity to sensory features. Only this one annoyance was replaced with another as the hair fell on my face causing an intense need to scratch my face from ear to ear. Which in turn brought back the twitches, you can’t win. Chelsea pulled the hair dryer from her holster and began to blow dry my hair, causing it to slap into my face like thousands of mini daggers.
Then I looked up into the mirror.

I looked like Justin bloody Bieber! My eyes could not move from the visage in front of me. They were transfixed. I watched every little cut hoping for the form to be altered from the pint sized popstar’s mop, but things were not progressing well. The twitches intensified and I gave up blinking for the next ten minutes as I watched tiny bits getting trimmed, falling past my drying eyes.

At my age, I worried whether getting a Justin Bieber hair cut would get me put under surveillance as a danger to children. I did not intend at the start of the day to have my name put on some kind of register.

Bit by little bit, torturously so, the Bieber look ebbed away. The floor surrounding me looked like Cousin It had been having a nervous breakdown. I carefully traversed the fluff to make my way to pay for services rendered. I removed my wallet and started to enter my PIN when a sound pierced my ears. The Bieberster came squeaking through the speakers of the salon. I don’t believe in coincidences, it was like a coordinated strike. My hair may no longer resemble him, but the taint of Bieber was etched indelibly into my soul. It makes suffering a Diet Coke a significantly more forgiving experience.

One response to “That Pint Sized Pop Star Look”